Since today is Dias de Muertos, or Day of the Dead, I am inspired to share my favorite suggestion when friends ask what they shouldn’t miss out seeing while they travel. My usual reply:

Go to a cemetery!

Well, yes, I’m kind of morbid, but I also am fascinated by grave yards because I learn so much about a community by how they mark their dead. Who gets buried in a certain cemetery? Why so many died young at a different points in history? Which famous people get to call Pere Lechaise their final resting place and does it reflect who they were?

What better place to walk and tell a story? 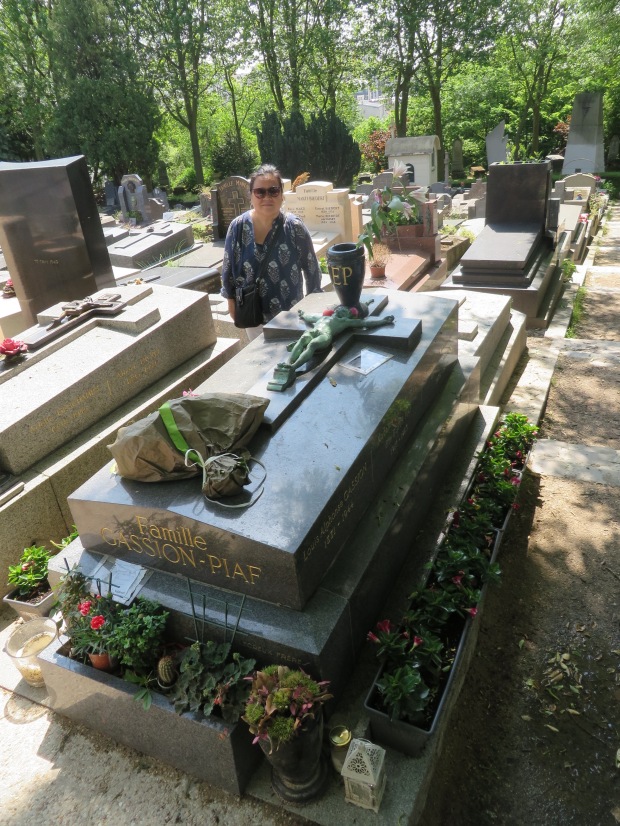 Standing next to Edith Piaf’s grave in Pere Lachaise

Thanks to all the vandalism, you can’t get too close to Jim Morrison.

A few years ago I made a special outing to Highgate Cemetery in London. I was inspired by the book, Her Fearful Symmetry by Audrey Neffinegger, the author of the well known book The Time Traveler’s Wife. I loved her description of Highgate and had to see if the real location matched the description in the book. The cemetery itself seemed a lot larger than she described, so I don’t know if I actually made it to the parts that were in her book, but I was thrilled to discover Douglas Adam’s gravestone.

The best part is that writers who visit, leave a pen for him. I had one from Milos so I left that in the jar, delighted that I could offer something to thank the brilliant batty mind that created So Long and Thanks for All the Fish, as well as the Hitchhiker’s Guide to the Galaxy.

I also discovered that Karl Marx is buried at Highgate. I was a bit surprised that the man who called for workers of all lands to unite had this huge fancy memorial and not a tiny wooden board with his name scratched on it. 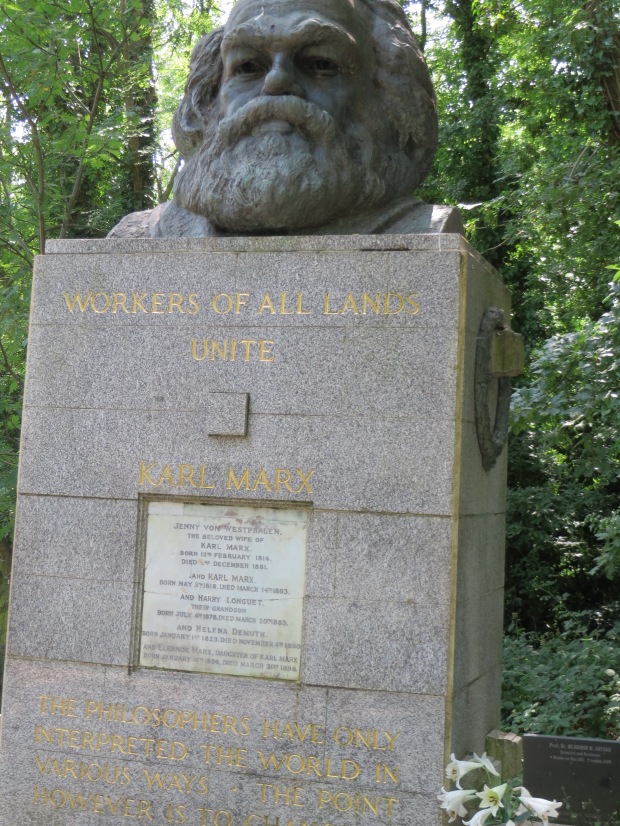 I have visited the Jewish cemetery in Prague, a Japanese Cemetery devoted entirely to miscarried babies in Tokyo, the cemetery where Alexander Hamilton is buried, an enormous US military cemetery in Luxembourg where hundreds of service men from World War 2 are buried and many small, country cemeteries scattered across the world and each one have been a reflective, quiet, lonely, and poignant space where the living could commune with the dead, if but for one last time.

But my all-time favorite cemetery in the world is in Paris. It’s not Pere Lachaise, but a bit more intimate, and a bit further off the beaten tourist track. It’s the Cimetiere des Chiens, or Pet Cemetery, and it’s magical. 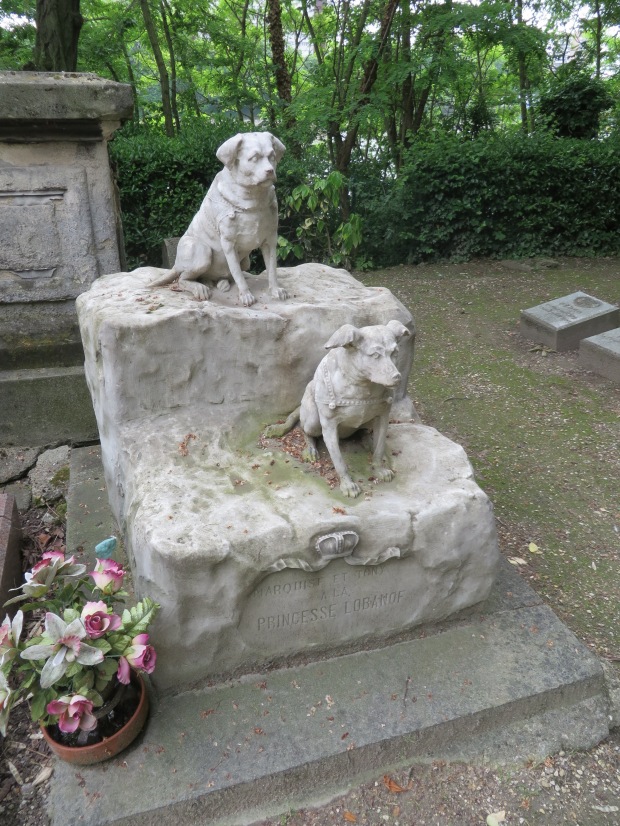 Dating back to 1899, dogs, cats, birds, and even a horse have been lovingly buried and memorialized here. Our first visit was a number of years ago, so when Andy and I returned to Paris last May, I wanted to return. Mostly because I recalled a street nearby that looked like it had some amazing restaurants from the Middle East that I wanted to try, but I wanted to see if I could recapture that feeling of joy I had visiting it the first time. It wasn’t joy that these animals died, but that they were so well-loved in life that their people sought to erect, what I imagine are expensive monuments to that love. I was surprised that there were new graves. That this wasn’t a static grave yard for Parisians from long ago, but that in the past few years more pets were buried here! I love the idea of having a happy ending, no matter who you are.

P.S. I will often hide Easter eggs in my links. These are the shout outs or inside jokes or surprises that writers or show runners will often put inside their TV shows. The TV show Lost was rife with easter eggs, as is the Simpsons. Enjoy!

One thought on “Where to Find the Bodies”